It might seem, from my previous posts, that my faith journey suggests an abandonment of biblical faith. Many in both the evangelical and Anabaptist faith communities would certainly think so. But I don’t think that’s the case—or at least I hope it’s not. So far as I can tell, the idea of “biblical faith” is, unavoidably, a theological construct. It’s a way of looking back from our current cultural setting, through rich ecclesial and theological traditions, to the diverse material in the Bible. At its best, this construct shows due diligence in allowing the biblical world—its narrative and presuppositions—to retain its integrity. But inevitably our cultural setting, and church traditions, create an angle of vision, a way of seeing, a vantage point that notices some things…but not others. And at the same time, this perspective imposes on the biblical material a kind of unity and coherence that the biblical texts do not claim for themselves.

Perhaps it would be good to say a bit more about that, starting with history. From the time of the Ancient Near East up until the beginnings of the Enlightenment, it was nearly universal to have a sort of cosmotheandric imagination (the term comes from the Hindu Christian theologian, Raimondo Pannikar). That’s a made up word for naming a way of seeing and thinking in which God, world, community, and persons were seen as an interconnected whole, with each element mirroring the others. The biblical narratives, and the contexts in which they were told, are no exception to this. But within the convergence of multiple cultures having a cosmotheandric imagination, there are diverse accounts of God, world, community, and persons within that shared imagination. There are, for example, significant differences between Hebraic and Hellenistic accounts of deity, cosmology, and humanity. Indeed, central to my own emerging faith sensibility is a recognition that there is diversity and plurality even within the Hebraic imagination itself.

Within the Hebrew Scriptures—the Christian Old Testament—God can be portrayed in very concrete, embodied, and personalistic ways—as very much like us, only bigger, more powerful, less limited—or God can be portrayed in more abstract, remote, and impersonal ways, as a kind of force hidden behind events of the world. In the same way, creation can be pictured as a static, orderly context for human life, created by simple divine fiat, or it can be pictured as an ever-threatening chaos, always in need of restraining and ordering to make life livable. Finally, human community (or politics) can be imagined as scattered, tribal, and nomadic, on the one hand, or centralized, national, and settled, on the other.

We might imagine each of these pairs as poles, with a variety of options in between. But from pole to pole the constants remain the same—the main character is a god; that god is at work in the world, creating a livable environment, in, with, and through, a partner (and priestly) people, and this partnership creates challenge and friction with other peoples. But each of these variables—peoplehood expressed in piety, priestliness, and prophecy—appear in variety of interpretations. All the more is this the case with such notions as divine provision and protection, judgment and justice.

It’s possible, of course, to acknowledge all this diversity and then try to quickly flatten or harmonize it. That’s what a biblical theology, a biblical faith, typically does. It identifies dominant themes, or enduring directions, or controlling metaphors. But in doing so it must acknowledge that it moves beyond the strictly exegetical—it is engaged in a kind of assembling and assessing, sifting and sorting, none of which is explicitly given in and with the texts themselves. In other words, we are making theological judgments, constructing a theological frame. And these judgments and frames are made from the basis of certain presumptions or assumptions, natural and normal ways of noticing and naming, sifting and sorting. But none of this can, without violence to the text, do away with subordinate themes and divergent directions. And that leaves an opening, I believe, for subordinate and divergent elements in scripture (or our summary interpretations of it) to be engaged, from the vantage point of a different set of presumptions, thereby contributing to the development of emerging Christian conviction and practice, new perspectives on Christian faith, and a fresh blueprint for building Christian houses.

Let me try to summarize: we can imagine two broadly different approaches to engaging scripture (in the effort to develop Christian faith in a post-Christian context). I’ll call the traditional approach to biblical theology parochial—insofar as it is an interpretive perspective that emphasizes the privileges of a particular people and place, with an account of God’s justice and judgment—God’s shalom—centred around this particularity. And as an alternative, I suggested a more panoramic or cosmopolitan approach, which anticipates echoes of shalom outside of God’s covenant people, calling into question clear lines between inside and outside, undermining claims of exclusivity and superiority, and thereby altering conceptions of divine judgment and justice.

It’s my sense that what I call a panoramic or cosmopolitan perspective might be more at home in our contemporary, western cultural assumptions. It can and will engage in critique of cultural shifts in identity and community, ecology and spirituality. But it will do so from within a basic acceptance and affirmation of these shifts. It will operate within the parameters of our new normal. 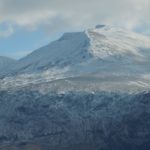 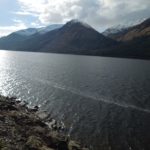 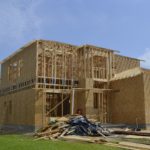 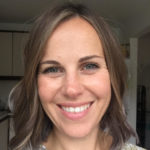